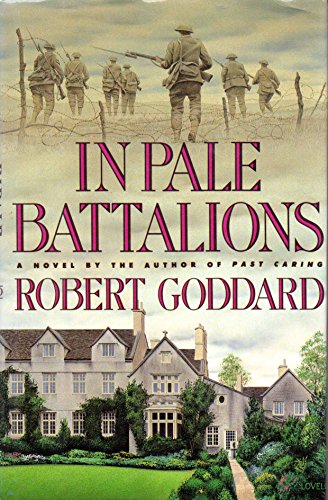 Set in England during and after WW I, this is the story of three generations: the two Leonoras, mother and child (and their husbands, both handsome, adoring, young army officers), and of Penelope, who at length unravels the twisted skeins of her mother's and grandmother's past to discover herself. In the prologue, the younger Leonora, now a grandmother, takes her daughter Penelope to France to visit the memorial to those killed on the Somme in 1916. Her father, Captain John Hallows is listed there, but, Leonora points out, he died more than a year before her birth. By way of explanation, Leonora relates the story of her childhood as an orphan in the mansion of Meonsgate sp ok in Hampshire, under the tyranny of her greedy, power-hungry step-grandmother. Young Leonora eventually escapes to a happy marriage and finally discovers the truth about her parentsespecially about her mother, who had been described to her as a whorethrough the device of a stranger's tale: not an ancient mariner's, but an old soldier's. But there is more, and Penelope is the one who hears the true storyor is it? Goddard ( Past Caring ) has crafted a marvelously intricate plot, deftly and subtly unveiling, through different narrative voices, the mystery at the core of this intense, shocking tale. 50,000 first printing; $50,000 ad/promo; Literary Guild alternate. (September)
close
Details