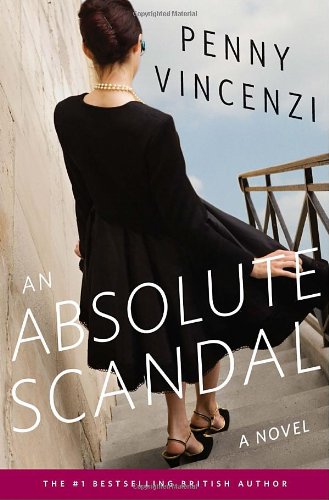 Britain's bestselling Vincenzi ( , etc.) sets this doggedly optimistic epic at the sunset of Thatcherism, and the bleak economic landscape proves fertile territory for a saga of families whose futures and fortunes become entwined in a court battle with the prestigious London insurer, Lloyds. There's Elizabeth, wife and mother of three with a “Very Big Job” in advertising; her charming husband, Simon, a banker with an eye for the ladies; posh Lucinda, who falls for working-class Blue and then risks everything to save her ex's fortune; Debbie's frustrated by her insensitive husband, Richard, afraid of her formidable mother-in-law and devoted to her three kids; and reporter Joel, who helps bring a Lloyds scandal to light and falls in love with one of its victims. Vincenzi deftly imbues the “Greed Decade” with all the twisty turns of an overheated soap—couples trapped by boredom, wives tortured by infidelity, singles hamstrung by convention, children buffeted by circumstance. The general stiff-upper-lipped attitude may sound tinny to American ears (even the Yankees sound like Brits-in-training), but this chickensian drama delivers all the goods required for a sizzling summer read.