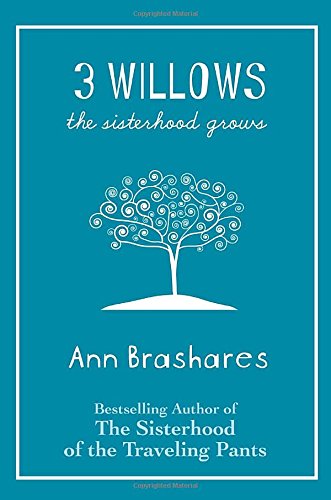 With the Traveling Pants series all wrapped up, Brashares introduces a new group of BFFs and addresses a slightly younger crowd. Living in the same town as the semilegendary Sisterhood girls, Ama, Polly and Jo have tried to share a pair of jeans and settled on a joint-property scarf (plus an induction ceremony), but their rituals are “lame,” and so, they suspect, is their trio. Only socially backward Polly thinks she’ll miss the others when all three disperse the summer before high school. In typical Brashares fashion, each girl faces unexpected tribulations: intellectually ambitious Ama, who is afraid of heights, has won a spot in a prestigious scholarship program—which sends her mountain climbing. Jo, newly told that her parents are divorcing, submerges her feelings in the excitement of being friends with a popular girl and having an older boyfriend—or so she thinks. Polly, sold out by Jo in the pursuit of cool, learns that her single mom is alcoholic. Fans will like the tidiness in the controlling metaphor, willow tree cuttings planted after a third-grade project, and for all the fidelity to formula, Brashares gets her characters’ emotions and interactions just right. Ages 12–up.