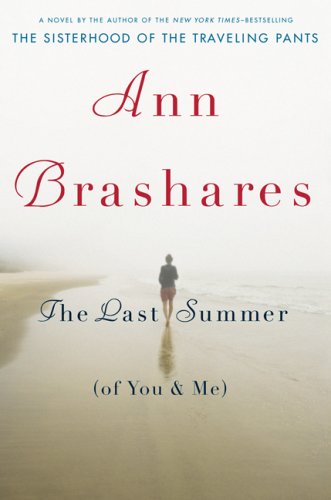 T author delivers her first novel for adults, a treacly tale about the tribulations a trio of longtime friends encounter. For as long as she can remember, 21-year-old Alice has spent summers on Fire Island with her parents and older sister, Riley. Riley, 24, is a beach lifeguard, more boyish in both looks and spirit than sweet, feminine Alice. An island neighbor and Riley's best friend, Paul, whose father is dead and mother mostly absent, returns to the island after two years away and must decide whether to sell his family's house there. More importantly, he and Alice finally act on an attraction they've felt for years, but they keep their frequent nuzzling quiet so as not to hurt Riley. Riley, meanwhile, has her own problems that could ruin Alice and Paul's clandestine romance and just about everything else. Brashares's YA roots are on display: the girls and Paul act like high school kids (Riley threatens to move out of the house unless everyone butts out; Paul and Alice are stricken with the most saccharine of puppy love), and anything below the surface is left untouched. It's a beach read, for sure, but a mediocre one.