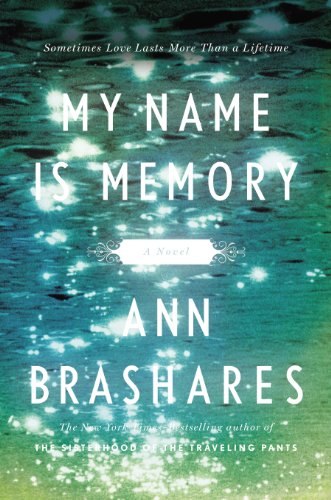 My Name Is Memory

A romance that stretches across centuries and past lives constitutes the core of Brashares's varied second adult novel, the first in a planned trilogy. The story is primarily that of Daniel, as, in the present, he pursues Lucy (whom he knows as Sophia in a previous life) and attempts to persuade her of their history and destiny, but his passion initially and understandably scares her off. He disappears, presumed dead, but Lucy, unable to forget him, investigates his claims of their history until she discovers the truth. Meanwhile, Daniel takes readers on a tour of romantic near-misses, from sixth-century Africa through eighth-century Turkey to WWI. The story moves slowly and predictably, though when a plot finally materializes, Brashares ( ) manages some satisfying momentum, even if the story begins to feel like it's borrowed from a James Patterson novel. Brashares's insights into human nature, meanwhile, should appeal to readers who enjoyed , but can appreciate a Nicholas Sparks-esque sensibility.