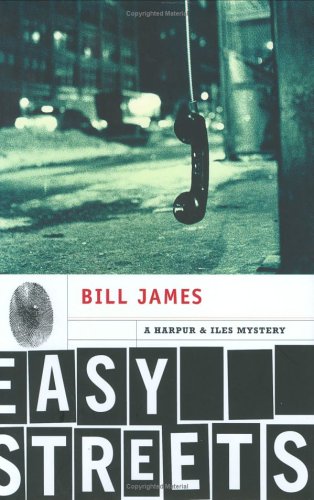 An ongoing gentleman's war between cops and local drug dealers takes a deadly turn when someone firebombs the house of a smalltime dealer in James's stellar new Harpur and Iles mystery ( , etc.). Is it one of the resident drug magnates, perhaps Panicking Ralph Ember or Mansel Shale, looking to take over complete control? Or are outside forces moving in again from London or elsewhere? As in an uneasy marriage, Harpur—superintendent of detectives in an unnamed British city—puts up with the vanity, jealousy and questionable moral behavior of his superior, assistant chief constable Iles. The dialogue between the two sizzles like small-scale lightning. "I see you as like General de Gaulle, sir—you know, waiting at Colombey les Deux Eglises for the call to put things right," Harpur replies when Iles asks him several deaths later if he's still on his side. James's loyal band of readers should appreciate the acid rain of his irony