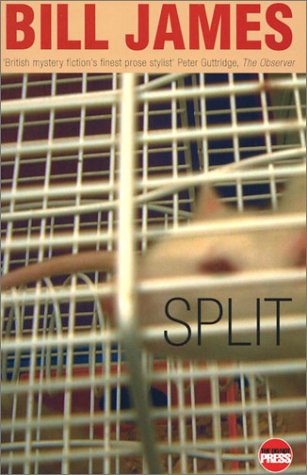 John le Carré and Len Deighton grabbed the British spy story by the scruff of its neck and gave it a vigorous shake in the 1960s, and James provides the same valuable service with this first installment in a new series about a mixed race intelligence officer named Simon Abelard. Abelard's black father, a Cardiff dockworker, spent a lot of time telling his son "that the two of them were as much a part of what he always called 'the current GB' as everyone else, so they might as well look after it." Simon's white mother, tougher and less sentimental, worries that her son is being set up by his bosses—chief among them a Welsh gnome with the splendid name of Verdu Cadwallader. Certainly somebody inside the Outfit seems intent on keeping Abelard from his appointed task, which is to find and bring in a fellow agent who has apparently become a high level drug dealer and is ready to abscond with ill-gotten millions. With his Harpur and Iles police series becoming somewhat predictable, it's a great pleasure to see James turning his considerable energies to a supposedly defunct genre ("Spying was like the dead parrot in the sketch," Abelard muses). Best of all, the marvelously mordant wit that makes every new James book a must is present in abundance. As Abelard prepares to visit the Outfit's ministerial minder, a rising Labor Party star called Beal, he mentions to Cadwallader that his grandfather was a mahogany plantation slave in the West Indies. " 'Oh, God, really?' " Cadwallader says. "This is great. Give Beal plenty of that. You'll have him weeping and beautifully ethical and pliable. Mow that corn, gnaw that tree."