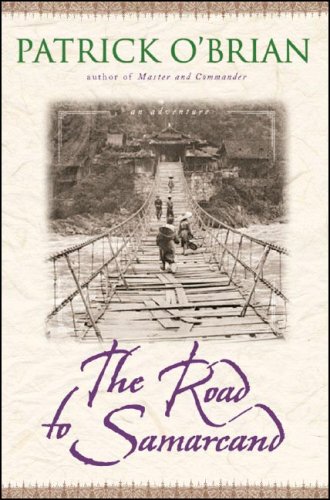 The Road to Samarcand

This stand-alone adventure novel from O'Brian (1914–2000) saw British publication in 1954, before the Aubrey/Maturin historicals that made his name. In the years before WWII, the teenage Derrick, orphaned by his missionary parents, sails the China seas aboard the schooner with his American uncle Terrence Sullivan (who is the captain), his elderly English cousin Ayrton (a professor of archeology) and Sullivan's business partner, Mr. Ross. Ayrton wants Derrick to leave the sea and attend school, but first they'll all embark on an archeological expedition to Samarcand (in what is now Uzbekistan). Marauding rebels capture Ross and Sullivan early on, and Ayrton (the most intriguing of the adult characters) pretends to be a Russian weapons expert to free them. Earthy, sly humor keeps the action set pieces perking along: frigid temperatures, militaristic Tibetan monks and even the Abominable Snowman await. Six decades later, O'Brian's richly told adventure saga, with its muscular prose, supple dialogue and engaging characters, packs a nice old-school punch.