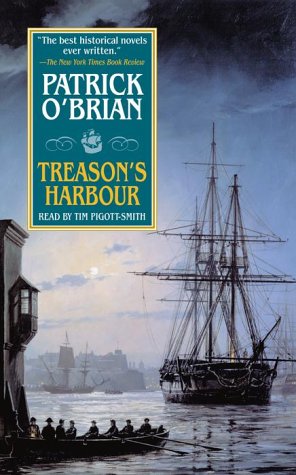 This novel, the ninth installment of 20 in what is certainly the greatest series about the British Navy ever written—indeed, one of the most successful of its magnitude ever written in any genre—is not well served by its reader. Royal Shakespeare Company and National Theatre actor Pigott-Smith has an appropriately English accent, but his characters' voices lack consistency and sensitivity to the subtleties of O'Brian's pen. In this recording, the swashbuckling Captain Aubrey and the ironic, stealthy Stephen Maturin, his ship's surgeon, do not step onto the stage of the Napoleonic wars as the nuanced heroes O'Brian's readers have come to know over three decades. Pigott-Smith's Maturin lacks compassion; his Aubrey lacks intelligence. The narrative turns from nefarious intrigues in Malta to an amazing mission in the Red Sea and back again, but the drama is conveyed with neither satisfying variation of tempo nor ringing cadence. While O'Brian's devotees will find all the naval and historical details they usually delight in, they will despair at hearing how this production tramples upon his genius in portraying shockingly real characters in an utterly foreign, far-off time.