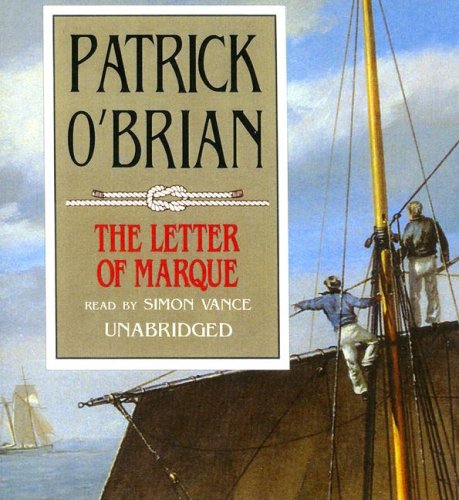 The Letter of Marque

Unlike its competitors, who are usually linked to major book publishers, Blackstone specializes in giving new audio life to classics—using prize-winning readers like Vance to bring new and exciting life to neglected works. This is Vance's 17th reading of one of O'Brian's superb seafaring novels about Jack Aubrey and Dr. Stephen Maturin, and it's the first time that anyone has made new versions since O'Brian's death in 2000. Vance (who also reads under the names Robert Whitfield and Richard Matthews) is absolutely perfect for O'Brian's sad and stirring tale about Post Captain Aubrey's unjust punishment: Aubrey has been stricken off the Admiralty's list, usually the end of a man's career. But Dr. Maturin uses his own money to buy Aubrey's old ship, HMS , and turn it into a privateer—a letter of marque. Vance catches the subtle differences between the land-owning Jack, his rough-tongued crew and the Spanish/Irish Maturin. O'Brian fans should relish this excellent audio outing as should anyone with a love of adventure, history, the sea and fine writing.