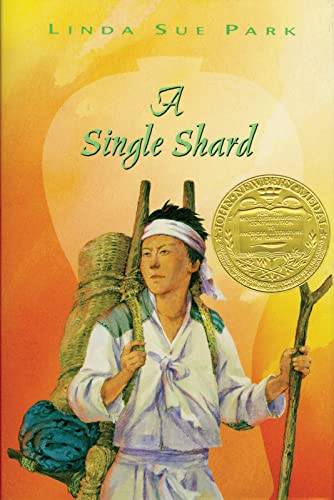 Park () molds a moving tribute to perseverance and creativity in this finely etched novel set in mid- to late 12th-century Korea. In Ch'ul'po, a potter's village, Crane-man (so called because of one shriveled leg) raises 10-year-old orphan Tree Ear (named for a mushroom that grows "without benefit of "parent-seed"). Though the pair reside under a bridge, surviving on cast-off rubbish and fallen grains of rice, they believe "stealing and begging... made a man no better than a dog." From afar, Tree Ear admires the work of the potters until he accidentally destroys a piece by Min, the most talented of the town's craftsmen, and pays his debt in servitude for nine days. Park convincingly conveys how a community of artists works (chopping wood for a communal kiln, cutting clay to be thrown, etc.) and effectively builds the relationships between characters through their actions (e.g., Tree Ear hides half his lunch each day for Crane-man, and Min's soft-hearted wife surreptitiously fills the bowl). She charts Tree Ear's transformation from apprentice to artist and portrays his selflessness during a pilgrimage to Songdo to show Min's work to the royal court—he faithfully continues even after robbers shatter the work and he has only a single shard to show. Readers will not soon forget these characters or their sacrifices. Ages 10-14.