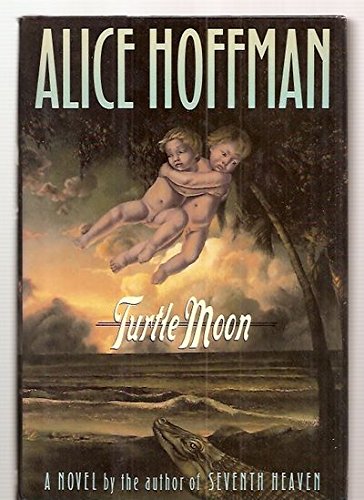 Combining aspects of a suspense thriller and a romance, and including such surefire elements as an abandoned baby, a youngster on the verge of juvenile delinquency who is reformed, two dogs and a supernatural character who provides the requisite touch of fantasy, Hoffman's new novel has commercial success written all over it. But some readers will fail to find the enchantment provided in such previous works as Illumination Night and Seventh Heaven . The town of Verity, Fla., starts to steam up in May, when the humidity and temperature soar. (Among the things readers must accept is the dreadful, oppressive May heat; one is tempted to ask, if it's so unbearable in May, how do people live through the summer?) Verity is full of divorcees, and when one of them is murdered, Keith Rosen, ``Verity's meanest 12-year-old,'' finds her baby, who was in fact the object of an aborted kidnapping, and runs away, instinctively hiding the threatened child. This development brings together Keith's divorced mother, Lucy, and the town's surly policeman, Julian Cash, a loner with a tragedy in his past. Despite the murder and a stalking assassin, this is really a fairy tale: Keith bonds with the baby and tames a vicious dog (``No one has ever known him the way this dog does''); a ghost/angel falls in love and brings redemption to Julian, and several people begin new lives. Hoffman lards her slick plot with ponderously sentimental observations, the kind of bromides that could be embroidered on a pillow. But she knows how to manipulate suspense and tug the heartstrings; with its cinematic flow and larger-than-life characters, her novel will make a wonderful movie. BOMC main selection; QPB alternate; film rights to Universal. (May)
close
Details