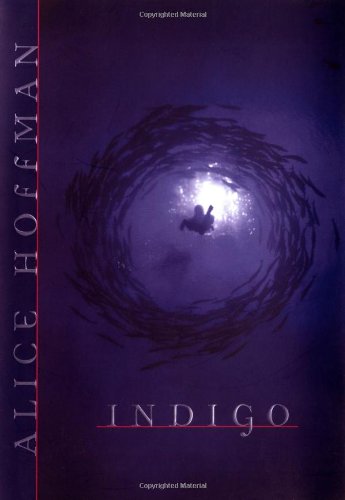 This slim offering finds Hoffman () once again in mermaid mode. In landlocked Oak Grove—where a flood years ago has made the townspeople so fearful of water that the local swimming pool stays drained—13-year-old Martha Glimmer mourns her mother's death and chafes under the disapproving ministrations of busybody neighbor Hildy Swoon. Martha's best friends Trevor and Eli McGill—adopted brothers better known as Trout and Eel—have problems of their own, including town gossip about their odd eating habits (salt water, raw tuna) and their webbed fingers and toes. After Hildy ruins Martha's prized possession, a shawl that had belonged to her mother, and the hydrophobic Mr. McGill repaints his sons' bedroom white (they preferred the "endless blue" of the sea), the three of them decide to run away. Broad clues point to the story's core secret, that Trout and Eel are the sons of a mermaid. An accomplished storyteller, Hoffman deftly interweaves themes of friendship, identity and the tension between family ties and freedom that adolescence inevitably brings ("I thought if you got too near to water, you would swim away," says Charlie McGill to his boys. They will, they assure him—"But then we'll swim back"). However, the text has been stretched to fit the format of a novel, which may unfairly raise readers' expectations. Together with the sketchy characterizations and particularly the author's cool, dispassionate tone, the presentation may hamper readers' full pleasure in the tale. Ages 10-up.