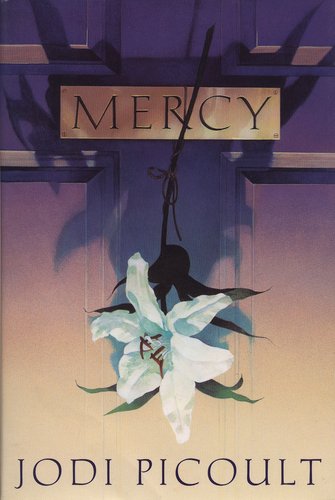 What could have been a competent, topical novel about a mercy killing becomes, in Picoult's (following Picture Perfect, 1995) hands, an inspired meditation on love. The setting is Wheelock, Mass., a slightly eccentric town where most of the residents are of Scottish descent, where weddings end in a blood vow, the name MacDonald is ""painted on an alarming number of mailboxes"" and police chief Cameron MacDonald doubles as clan chief and protector. On a seemingly ordinary day in Wheelock, Jamie MacDonald, a cousin of Cameron's, drives to the police station and announces: ""My wife here, Maggie, is dead, and I'm the one who killed her."" Cam finds himself saddled with a murder case and a conflict of interest: his cousin has given in to the pleas of his cancer-ravaged wife to kill her, and he's come to the clan chief to confess. But as police chief, Cam must also prosecute. On the same day, Cam's wife, Allie, the local florist, hires Mia, a violet-eyed beauty with a genius for flower arranging. Allie gets involved in Jamie's case, and Cam, who has spent his life in service to his community and his clan, falls in love with Mia and begins an affair that will bring his marriage to the breaking point and change it profoundly. Like Jamie, Allie is the marriage partner who loves more. ""It's never fifty-fifty,"" says Jamie. As Jamie's court case proceeds, Picoult plumbs the emotional core of both marriages. The pace of the trial is slow, but Picoult pays loving attention to her central characters, fashioning a sensitive exploration of the balance of love. (Aug.)
close
Details