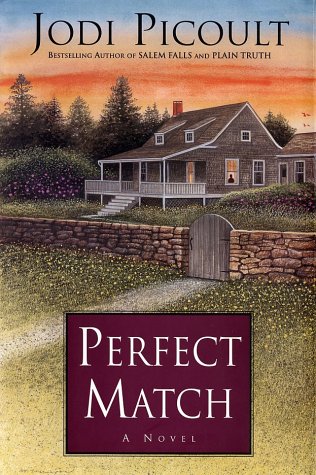 One plot element—a case of child molestation involving a Catholic priest—in Picoult's latest novel (after ) now seems eerily prescient, but that's only part of the saga she weaves, which is primarily an indictment of the current criminal justice system. Nina Frost, an assistant district attorney in Maine, knows how hard it is to obtain a conviction for a sex crime when the victim is a juvenile, so when her five-year-old son, Nathaniel, identifies their priest as being the man who raped him, Nina's grievances with the system become personal. Frustrated by the threat of an unsatisfactory legal outcome, she takes the law into her own hands, killing the priest in open court. Awaiting her own trial, a startling fact emerges from the DNA: the priest was innocent. Will Nina be able to prove to a jury that her actions were justified, particularly since she killed the wrong man? Picoult adeptly renders Nina's feelings—impotence, guilt, the drive for retribution—but Nina is herself an unsympathetic heroine, from her initial accusation of her husband to her arrogant vigilante stance, which does little to persuade the reader that an act of premeditation should be recast as maternal instinct. While the argument that the current system is flawed is solid, the only alternative offered is an iffy form of frontier justice that many readers may find unpalatable. (May)