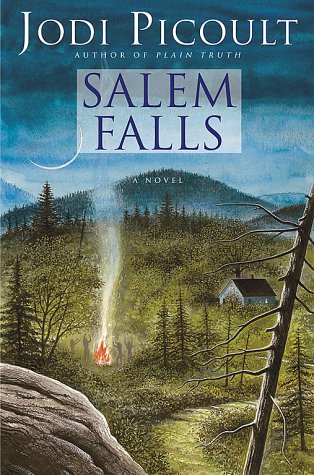 Picoult's new novel (following the acclaimed ) is a story about rape and reputation, loosely based on . Jack St. Bride comes to Salem Falls, N.H., after his release from prison. The former teacher and soccer coach wants to start a new life following a wrongful conviction for statutory rape. Unfortunately, Salem Falls turns out to be the wrong place to do it. He has no trouble landing a job at the local diner and winning the trust of the diner's eccentric owner, Addie, but the rest of the town is suspicious. Things get dangerous when manipulative 17-year-old Gillian Duncan, whose father owns half the town, gets interested in Jack and tries to seduce him with Wiccan love spells. Then Gillian is assaulted in the woods, and Jack is accused of the crime. As the courtroom battle unfolds, many secrets are revealed, and Picoult's characters are forced to confront the difference between who people are and who they say they are. The difference is considerable: despite the townspeople's aura of virtue, by the end of the book we're hard pressed to find any women who have never been raped or threatened, or any men who are really innocent of violence. While Picoult seems ambivalent about the power of Wiccan spells, she has no doubts about the power of sex and violence to change lives. Some of her characters, though, can be almost disturbingly forgiving. Genuinely suspenseful and at times remarkably original, this romance–mystery–morality play will gain Picoult new readers—although her treatment of the aftermath of rape may also make her a few enemies.