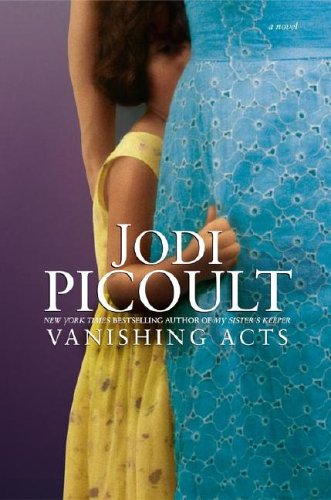 Delia Hopkins was six years old when her father allowed her to be his assistant in the amateur magic act he performed at the local senior center's annual Christmas pageant. "I learned a lot that night," recalls Delia, who is now 32, at the start of Picoult's absorbing new novel (her 12th, after ). "That people don't vanish into thin air...." She has come to know this even better as an adult: she makes her living finding missing people with her own search-and-rescue bloodhound. As she prepares for her wedding, however, Delia has a flash of memory that is so vivid yet so wildly out-of-place among the other memories from her idyllic New Hampshire upbringing that she describes it to a childhood friend, who happens to be a reporter. Soon, her whole world and the world of the widowed father she adores is turned upside down. Her marriage to her toddler's father, a loving but still struggling recovering alcoholic, is put on hold as she is forced to conduct a search-and-rescue mission on her own past and identity. It will cut to the heart of what she holds to be true and good. As in previous novels, Picoult creates compelling, three-dimensional characters who tell a story in alternating voices about what it might mean to be a good parent and a good person, to be true to ourselves and those we love. Picoult weaves together plot and characterization in a landscape that is fleshed out in rich, journalistic detail, so that readers will come away with intriguing questions rather than pat answers.