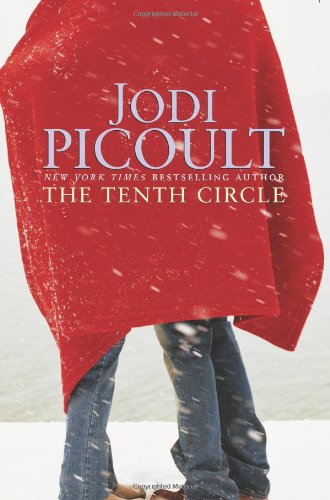 Some of Picoult's best storytelling distinguishes her twisting, metaphor-rich 13th novel (after ) about parental vigilance gone haywire, inner demons and the emotional risks of relationships. Comic book artist Daniel Stone is like the character in his graphic novel with the same title as this book—once a violent youth and the only white boy in an Alaskan Inuit village, now a loving, stay-at-home dad in Bethel, Maine—traveling figuratively through Dante's circles of hell to save his 14-year-old teenage daughter, Trixie. After she accuses her ex-boyfriend of rape, Trixie—and Daniel, whose fierce father-love morphs to murderous rage toward her assailant—unravel in the aftermath of the allegation. At the same time, wife and mother Laura, a Dante scholar, tries to mend her and Daniel's marriage after ending her affair with one of her students. Picoult has collaborated with graphic artist Dustin Weaver to illustrate her deft, complex exploration of Daniel and his beast within, but the drawings, though well-done, distract from the powerful picture she has drawn with words. Laura and Daniel follow their runaway daughter to Alaska, at which point Picoult drives the story with the heavy-handed Dante metaphor—not the characters. Still, this story of a flawed family on the brink of destruction grips from start to finish.