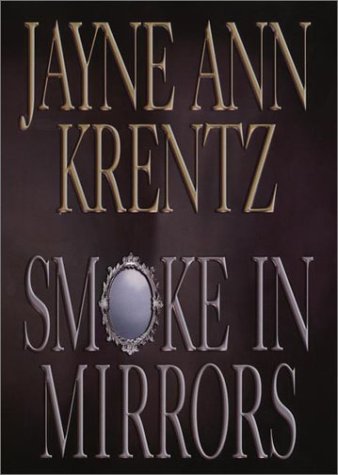 Sparks fly between a sexually repressed college librarian and a handyman venture capitalist while they attempt to hunt down a killer who possesses the ability to make murder look like suicide in this tepid romantic thriller from veteran author Krentz (aka Amanda Quick, Stephanie James, Jayne Castle). The news of Meredith Spooner's death comes as no surprise to her half-sister, Leonora Hutton; after all, Meredith was a con artist who was adept at making enemies. But when Thomas Walker, a victim of Meredith's most recent scam, confronts Leonora, demanding that she help him find the $1.5 million that Meredith filched from the Bethany Walker memorial fund and intimating that Meredith may have been murdered, Leonora drops her reference desk position in California to do some amateur sleuthing in Wing Cove, Wash. With the help of Thomas's brainy brother, Deke, she lands a position in Mirror House, an eerie, mirror-lined mansion that houses Eubanks College's alumni office as well as a large collection of rare books. While investigating the connection between Meredith's death and two other suspicious deaths, Leonora romances Thomas—with the help of her matchmaking grandmother and a disgruntled advice columnist—and pairs Deke with his sexy yoga instructor. A few half-hearted attempts on Thomas's life, orchestrated by a fraudulent stress therapist, add some zing to this one-dimensional read, but events spiral too quickly toward an unexpected and unbelievable conclusion. Once a college librarian herself, Krentz (; ) ably depicts the competitive atmosphere of the academic arena, but this awkward pairing of dark melodrama and frothy romance fails to impress.