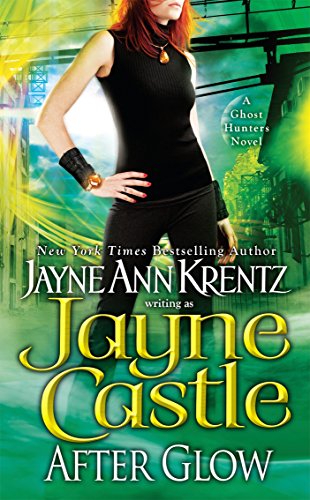 This imaginative follow-up to Castle's sci-fi novel (2000) revisits the futuristic world of Harmony, a planet discovered when an energy field in space opened, providing a gate between Earth and several other inhabitable worlds. The novel picks up where the last book left off, with gifted detangler Lydia Smith dealing with amnesia and recovering from her Lost Weekend in the catacombs beneath the Dead City. Desperate to reconstruct the lost days, Lydia responds to an urgent call from her old college professor, who claims to have news regarding those days. She arrives to find him murdered, and the only clue to the killer's identity is a vague message hidden inside a milk carton. On the brighter side, Lydia's romance with ghost-hunter Emmett London has progressed, and she still has Fuzz, a four-eyed, six-legged dust-bunny who remains her devoted protector. Those unfamiliar with this world will struggle to understand Lydia's predicament and decipher the book's jargon ("she could not summon ghost light, but she could de-rez the danger snares of illusion shadow that the long-vanished aliens had left behind"). In a letter to readers, Castle recommends this book to those who "relish [their] romantic suspense with a paranormal twist," but paranormal romance readers and even fans of far-future romances will likely find this terrain too tough to navigate unless they've read Castle's previous book.