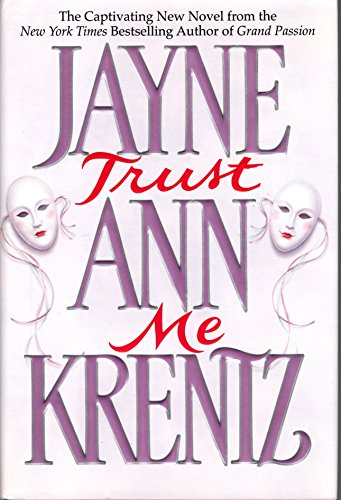 Krentz (Grand Passion) sends romance speeding down the new information highway when struggling young Seattle businesswoman Desdemona Wainwright meets reclusive super-rich computer genius Sam Stark. Hired to cater Stark's wedding reception, Desdemona is left with the bill when Stark is left at the altar. The account settled, Desdemona finds herself attracted to the emotionally aloof Stark, whose ruggedly handsome looks are often obscured by his outfit of choice-jeans, running shoes and a ``nerd pack,'' a plastic pocket protector for his pens. When Desdemona backs away from their increasingly intense relationship, Stark responds by hiring her to cater parties for Stark Security Systems-on the condition that she act as his hostess. During a swank party at Stark's home, someone tries to make off with ARCANE, his new, top-secret encryption and decryption software. Stark is certain that Desdemona's jealously overprotective stepbrother, Tony, is to blame. After Desdemona hires Stark's own company to prove Tony innocent, matters take some dangerous turns, including murder. Krentz's prose, especially in the amorous scenes, is high purple (``His mouth came down on hers with the impact of lava on snow''), and her characters, especially Stark, are two-dimensional, but the pace is brisk and the high-tech gloss fun if rudimentary (at one point, Desdemona, locked into a freezer by the killer, uses a PDA, or wireless minicomputer, to e-mail for help). While not likely to appeal to aficionados of sophisticated high-tech thrillers like Michael Crichton's, this should please Krentz's readership and may even lure some of her Amanda Quick fans into the 20th century. Major ad/promo; audio rights to Simon & Schuster Audio. (Feb.)
close
Details