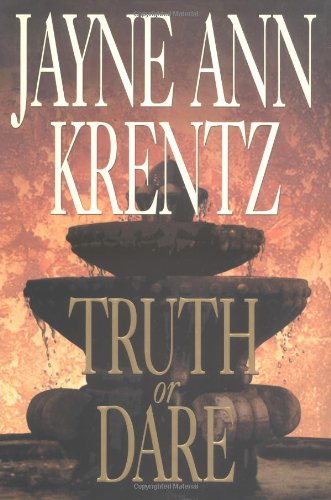 Zoe Luce, psychic interior decorator, has finally settled down to domestic life in Whispering Springs, Ariz., with private investigator Ethan Truax after their tempestuous courtship in Krentz's previous romantic thriller, . However, sinister cobwebs of energy confront her when she enters certain rooms, threatening to make her lose her tenuous grip on sanity. Meanwhile, Arcadia Ames, Zoe's old friend from Candle Lake Manor Psychiatric Hospital, fears the husband she sacrificed her identity to escape has finally tracked her down. Krentz never fully explains exactly why Grant, Arcadia's husband, wants her dead, relying instead on facts revealed in . Indeed, from beginning to end, this sequel feels more like an appendix to the last book than a novel in its own right, as Krentz forgoes a strong central plot to focus on the kind of warm and fuzzy details about Zoe and her Whispering Springs friends that most novels relegate to the epilogue. She fattens the story with pizza dinners, heartfelt talks and proffered slices of lemon meringue pie, but scrimps when the action picks up and offers limp, far-fetched conclusions to the book's various subplots. Though no one will begrudge the goodhearted characters from Whispering Springs their tasty tidbits, in her rush to get to the happy endings, Krentz leaves readers hungry for a more substantial story.