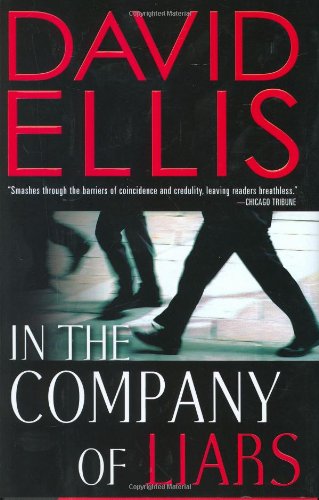 IN THE COMPANY OF LIARS

Edgar-winner Ellis takes some big chances in his fourth book (after 2004's ), and he pulls them off in grand style. The Chicago trial lawyer branches out from his previous legal thrillers into a minefield of world terrorism and misplaced family loyalties, writing not only in the present tense but working backward from the death of his lead character, author Allison Pagone, who ostensibly kills herself after getting tangled up in a terrorist plot through her lover, a lawyer whom she's suspected of murdering. Despite the inherent difficulties of his time device (each chapter runs forward in normal time), Ellis manages to create a large amount of suspense and curiosity about Pagone, mostly by having us see her involvement in plots and crimes through the eyes of a dedicated, level-headed FBI agent named Jane McCoy. There's enough high-level corruption to keep several investigative agencies busy, and some wonderfully mordant scenes of the underbellies of law and government in action. This is another impressive performance from a writer who expands his ambition and artistry from book to book