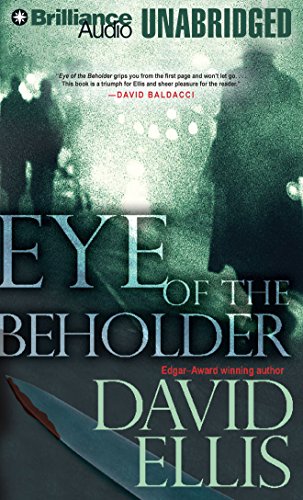 Eye of the Beholder

Some books aren't natural fits for audio. Edgar-winner Ellis's new novel, for example, has a complex plot that hops back and forth between the arrest, conviction and execution of serial killer Terry Burgos in 1989 and 16 years later when Burgos's prosecutor, Paul Riley, is drawn into the investigation of a very similar series of murders, involving many of the same characters. Complicating things even more, the contemporary sections jump from Riley's point of view to that of the demented new killer. Ellis uses chapter breaks, posted dates, italics and a shift from present tense narration to past tense for 1989, efforts that clarify matters in print but are a bit subtle for audio. Even an accomplished and inventive narrator like Dick Hill can only do so much—a pause before announcing a time shift, the use of a distinctive accent for the killer—to keep listener confusion to a minimum. But there's not much any reader could do with a key ingredient of the novel—the nonsense messages left at the crime scenes that contain a coded text that is near-impossible to distinguish by ear. Hill handles the dramatic sequences and thriller elements effortlessly and if one is willing to overlook several perplexing time-warped moments and the impossibility of deciphering the clues before Riley explains them, this audio provides a fair amount of entertainment.