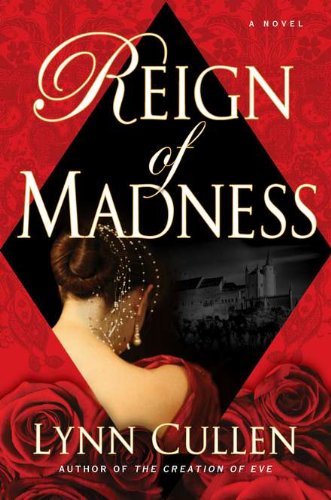 Juana of Castile, the third child of Isabel and Ferdinand of Spain, was an unlikely heir to the throne. As a carefree 14-year-old living in Barcelona, she has no hope of inheriting the crown over her older siblings. But in 1496, at 17, Juana is sent from her beloved country to the Netherlands, a land "cold and gray as Judas's tomb," when her parents arrange for her betrothal to Phillipe the Handsome. Phillipe is handsome, yes, but he is also cruel. He neglects, manipulates, and abuses Juana in the hopes of gaining her kingdom, going so far as to spread a rumor that she is mad. On a return to Spain, Juana reconnects with lost love Diego Colon, a man she desires far more than Phillipe, whose manipulations of her grow in intensity over time, and who even convinces Juana's father, Ferdinand, of her madness. When Queen Isabel dies, Juana finally becomes queen, but it is the men around her who truly rule. Cullen's male characters are colorfully chauvinist, none more so than Phillipe. Cullen's (The Creation of Eve) written an intimate look at a historical figure few will know (though fans of Tudor fiction will certainly be comfortable with the era), an alternately strong and infuriatingly weak woman who in real life was thought to be dangerously mad and was kept a prisoner in her own home. (Aug.)
close
Details