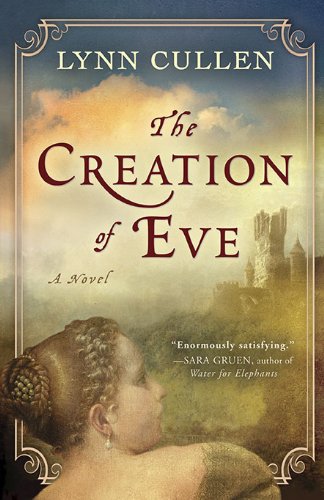 The Creation of Eve

The largely unknown story of female Renaissance painter Sofonisba Anguissola (c. 1532–1625) is beautifully imagined here in YA novelist Cullen's sparkling adult debut. In a page-turning tale that brings to life the undercurrent of political, romantic, and interfamily rivalries in the court of Spanish King Felipe II, the author shines a light on Sofonisba, who is brought under the tutelage of Michelangelo and later appointed as a lady-in-waiting for the king's 14-year-old wife, Elisabeth, to whom she becomes a close confidante. The author offers an intriguing vision of what life was like for women of different economic and political stations at that time, and she also takes care to not short-shrift the specifics of Sofonisba's art and methods. Cullen has found a winning subject in Sofonisba, whose broken heart as a young woman colors her perceptions and judgment about the queen and her imperious husband, as well as the young Elizabeth's attraction to the king's brother, and Elizabeth's odd relationship with the king's son from his first marriage. Ongoing references to the Spanish Inquisition and the life of the controversial Michelangelo add depth to this rich story.