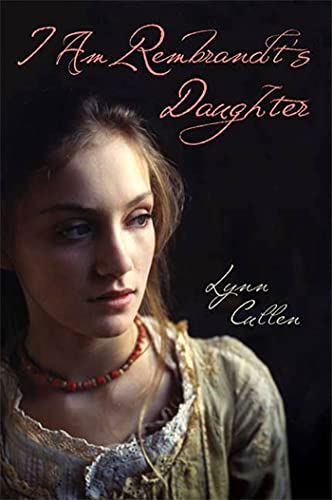 I Am Rembrandt’s Daughter

This sensitively sketched first novel paints a compelling portrait of 14-year-old narrator Cornelia and her conflicted relationship with her father, the famous painter Rembrandt. Cullen ably conjures the anxiety and loneliness of Cornelia’s position once her beloved older brother marries and leaves her to care for her uncompromising, half-mad father, whose eccentricities (including a belief that God tells him what to paint) bar them from polite society and whose avant-garde painting style and unpredictable temperament keep patrons away and relegate them to near poverty (“The man’s nerve is only exceeded by his madness,” a frustrated Cornelia vents). The highly atmospheric Dutch setting along the canals and constant threat of contagion from plague outbreaks heighten the tension, but a romantic triangle between Cornelia, her suitor Carel (an apprentice and heir to a shipping fortune) and her father’s student Neel provides most of the drama here. Somewhat uneven chapters centered around the paintings focus on the circumstances surrounding the creation of individual works and point toward a secret involving Cornelia’s deceased mother and why Rembrandt never married her. Readers may wish that the buildup to Cornelia’s own artistic impulses yielded more, but they will cheer for this colorful cast, especially the likable heroine and the understanding and peace she crafts with her father. Ages 12-up.