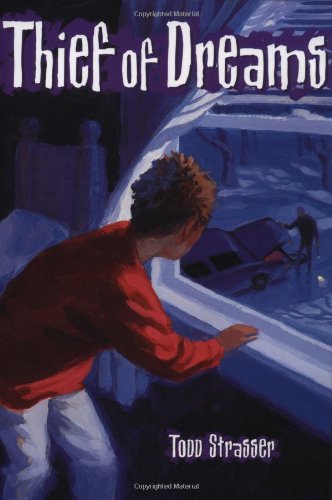 As he did in , Strasser creates a protagonist who narrates in a second-person voice, once again lending the novel an immediacy and involving readers directly in the action. While Martin's parents take a month-long business trip to China, his father's elusive, peripatetic brother (whom the boy has met only once) stays with their son in their sprawling home. Accustomed to being left in the care of a 19-year-old nanny and feeling friendless in his new school, the bright eighth-grader is grateful for the company of Uncle Lawrence, who pays him some welcome attention. But the man disappears at night, returning (Martin eventually discovers) in the wee hours of the morning, wearing a black jumpsuit and carrying a gym bag that he brings into the garage. These goings-on, along with information and items the boy uncovers, lead Martin to the unsettling conclusion that his uncle is a burglar. Though the outcome is rather predictable and the narrative takes a few leaps in credibility (among them Martin's parents' choice of sitters and the romance that blooms between Lawrence and Martin's psychiatrist), Strasser shapes a briskly paced tale with some interesting contortions, including Martin's moral dilemma (" Call the police? Or your parents? Turn him in?") and the fact that this criminal is a sympathetic character. Another suspenseful story from a veteran kid-pleaser. Ages 10-up.