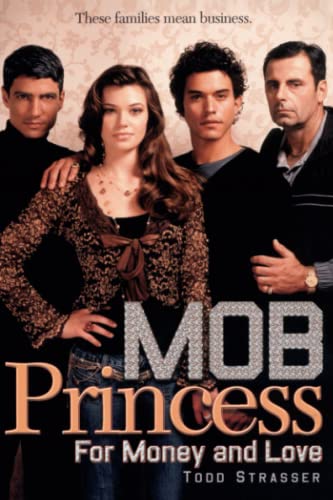 For Money and Love

Kate’s mother is moving out, her father’s latest girlfriend is pregnant and a rival mob family is threatening the “territory” of her father’s crime family, in the first title in Strasser’s ( ) Mob Princess series. This latest twist on the clique lit genre follows a fairly predictable path, except the money that Kate spends on designer clothes comes from mostly petty crimes, such as selling knockoff clothing. The plot heats up as her father, who has taken Kate under his wing as a protégé, allows her to start spending time with Nick, the son of the rival Blattaria family, to “lead him on a little, maybe find out what he knows.” Readers may have a hard time believing that her father’s “associates” would listen to a high school junior, and they may also be puzzled that Kate does not seem to struggle with her conscience, even after providing information that leads to an armored truck robbery of over a million dollars. In the end, nothing is resolved in this first installment, but the author has created sufficient intrigue—from a possible turf war to a romantic triangle involving Kate—to make the next installment impossible for some teens to refuse. Ages 14-up.