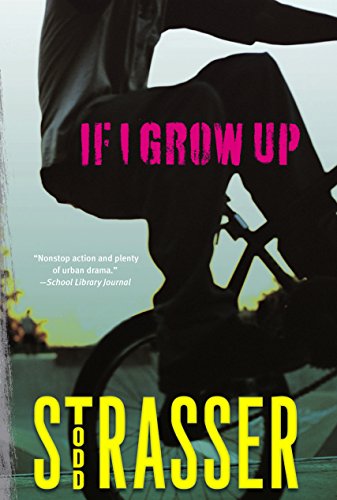 If I Grow Up

In this superficially compelling but heavy-handed book about gang culture, narrator DeShawn faces tough circumstances and limited choices. Readers first meet DeShawn as a smart 12-year-old with potential; four years later, he is a gang member in charge of operations at his housing project. While the story has a type drama, it also runs on cliché: the determined grandmother, the star-crossed love, the jealous second-in-command, the concerned cop and the teacher who reaches out knowing his offer will be rejected. The plot serves the author's agenda, which Strasser ( ) puts in plain sight: he opens each section with a statistic plus a rap lyric, and his foreword and last chapter argue that “significant numbers of American citizens—mostly minorities, and many living in impoverished inner-city areas—are doomed to fail.” Given that Strasser's foreword explicitly defines himself and his audience as more privileged than his characters (“we forget that millions of inner-city denizens are just like us”), it's hard to escape the feeling that his story is more well-meaning than authentic. Ages 12–up.