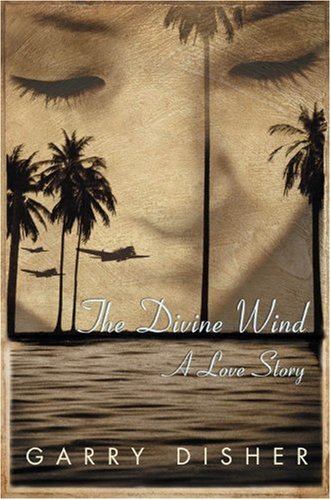 THE DIVINE WIND: A Love Story

"You could say that this is a story about friendship, and the betrayal of friendship, and friendships lost and regained," notes the narrator of this often elegant but just as often elusive novel from Australia. Set in the seaside town of Broome in northwestern Australia, it opens in 1946, when Hart Penrose—son of a pearl lugger and a race-conscious Englishwoman—begins looking back at his complicated relationship with Mitsy Senosuke, daughter of Japanese immigrants. He thinks about the years before the war, especially his 17th birthday, when he falls in love with Mitsy and worries about Jamie Kilian, a rival for Mitsy's affections. Disher offers plenty of drama: Hart's mother returns to England; Hart is almost lost at sea in a cyclone but is saved by Mitsy's father, who drowns; an Aborigine is framed for assault; the war breaks out; Jamie enlists but Hart, injured from the accident at sea, cannot. The Japanese residents of Broome come under suspicion as the Australians increasingly fear invasion, and Hart's loyalties are tested, especially when his sister Alice, an army nurse, is reported missing after Japanese bombers attack her ship. While Disher () does a superb job of recreating the tensions of the period, the central bond between Hart and Mitsy feels flimsy, more stated than demonstrated, and Mitsy herself doesn't come to life. Despite the subtitle, this is less likely to engage readers looking for a love story than those with a strong interest in the setting. Ages 14-up.