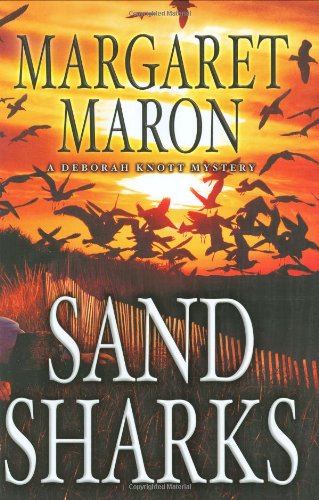 Discovering a murdered colleague isn't quite the adventure Deborah Knott anticipated during her getaway/conference in Wrightsville Beach, N.C., but as fans of Maron's Edgar- and Anthony-winning series know, trouble seems to cling to her like cornmeal on hush puppies. Her 15th outing (after 2008's ) finds the feisty judge agreeing to aid local investigators with discreet inquiries among her fellow conventioneers. She quickly encounters plenty of folks none too distressed by the victim's demise, including one of her own exes, and escalating danger. Unfortunately, as the pace quickens the plot starts to fall apart, culminating in a pell-mell scramble to a rather unconvincing denouement. On the plus side, Maron's homespun evocation of people and place is typically pitch-perfect, her use of the judicial milieu skillful—and her engaging heroine as welcome a companion as you could wish for under a beach umbrella.