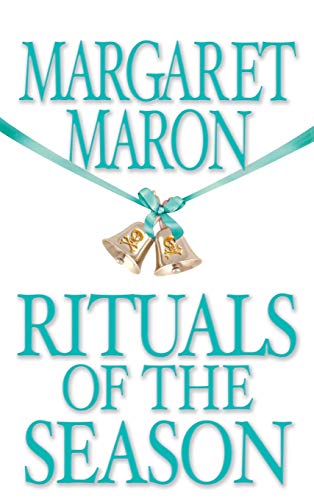 Rituals of the Season

At the start of Maron's first-rate 11th Deborah Knott mystery (after 2004's ), the judge and her fiancé, sheriff deputy Dwight Bryant, are distracted from their impending nuptials by a fatal car crash involving assistant D.A. Tracy Johnson. When it turns out that someone shot Johnson as she was driving, Deborah and Dwight become involved in a murder investigation that will uncover a web of crime and corruption in Colleton County, N.C. Meanwhile, members of Deborah's large, extended family, among other warm Southern characters, hurry to complete the renovations on Deborah's old farmhouse and to prepare, celebrate and sometimes complicate the upcoming wedding. When two young students approach Deborah about a death-row prisoner who they think is innocent, she can't resist helping. In contrast to the image of the ideal woman described in the quotes from the Victorian etiquette book that head each chapter, the realistic, contemporary Deborah, an expert at multitasking, handles all challenges with wit, intelligence and sensitivity.