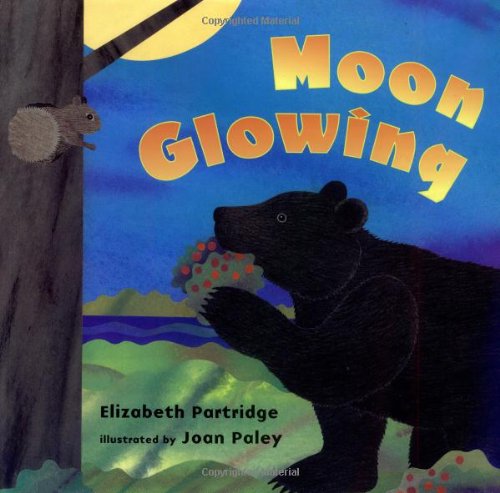 In this gloriously illustrated, economically paced volume, autumn arrives in a swirl of orange leaves and a blast of icy wind that ripples the water, and four animals—squirrel, bat, beaver and bear—end their frolicking and begin preparing for the long winter. (The final page offers easy-to-understand details on the four animals' winter habits.) Partridge's () austere, almost poetic prose—often just a noun and verb per page—trace each animal's activities, always in the same order. Paley () echoes the simplicity of the text, representing the animals' instinctive labors with collages of subtle, mesmerizing beauty. She animates the bold, neutral-colored shapes of the animals through intricate texturing. With a weave-like criss-crossing, she details the webby construction of the bat's wings as it readies for its upside-down hibernation ("bat scrambling"); with countless striations of black and gray, she draws readers into the thick, furry depths of the bear's coat as he readies his den and hunkers down ("Bear, big bear, digging deep"). Her backdrops, meanwhile, capture the sky changing from warm azure to chilly gradations of violet; on the final spread, the snow's ice crystals glitter with orange light from the glowing moon. As the animals cuddle up for their long sleep, Partridge chooses long vowel sounds for each of the four animals, emphasizing a soporific mood: "Nose tucking,/ wings folding,/ eyes closing./ Paws, big paws, wrapping round." This lovely, understated entry doubles as an ideal introduction to hibernation and a languorous entrée to nighttime dreams. Ages 2-6.