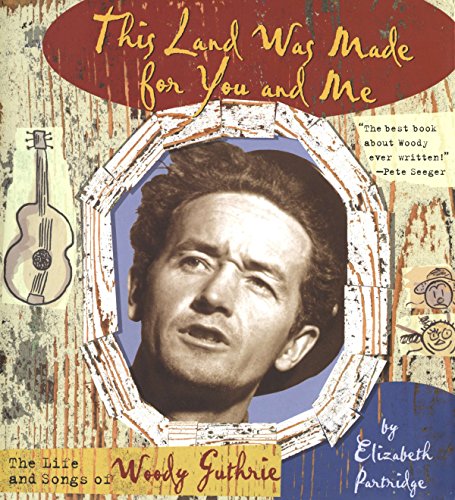 THIS LAND WAS MADE FOR YOU AND ME: The Life and Songs of Woody Guthrie

The author of shapes a lucid, affecting portrait of another indisputably restless spirit, the prolific songwriter and impassioned folksinger Woodrow Wilson Guthrie (1912–1967). Drawing from Guthrie's autobiographical writings and correspondence and from original interviews (with the singer's children Arlo and Nora, and Pete Seeger, among others), the author painstakingly charts his subject's itinerant, often troubled life. Tragedy—often, eerily, in the form of devastating fire—shadowed Guthrie from his childhood, when his mother, suffering from Huntington's Disease (which eventually ravaged the singer as well), was finally placed in a state hospital after setting her husband on fire. (Years later, Woody's four-year-old daughter died from severe burns.) In chronicling Guthrie's cross-country ramblings and his relationships with his three wives, children and fellow musicians, Partridge offers intriguing insight into the singer as well as the creation of his songs. Background on political and social conflicts gives young readers access to the issues that so frequently inspired Guthrie. Ample quotations, excerpts from his lyrics, reproductions of his sketches and photographs infuse these pages with Guthrie's spontaneous and charismatic if erratic personality. A memorable biography of this talented artist and understated proponent of social change. Ages 12-up.