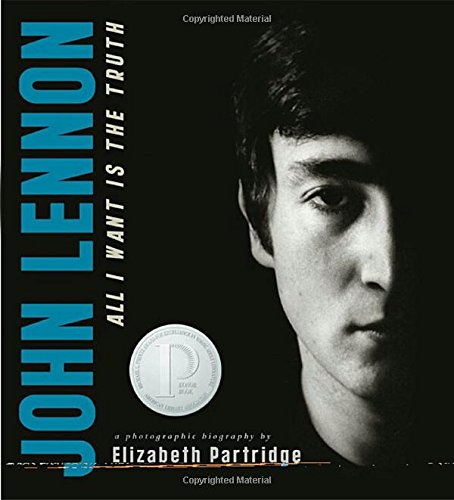 John Lennon: All I Want Is the Truth

As she did for Woody Guthrie in , Partridge here presents a captivating portrait of a legendary musician, tracing Lennon's life from his birth in 1940 during a German air raid on Liverpool to his murder in Manhattan 40 years later. Drawing from more than 50 published sources, this well-researched photobiography includes copious quotations from Lennon and his colleagues. Their words range from eloquent to profane; paired with Partridge's crisp reporting, the quotes offer a spontaneous and incisive look at Lennon's life. "I just see and hear from other people.... And there is no way of explaining it," Lennon once said. The author indeed reveals the many ways in which this talented singer and songwriter was a visionary; his gift both tormented him and raised him to a pinnacle of musical creativity. At times, the narrative suggests a level of intimacy that readers might question (e.g., when Cynthia, who would become John's first wife, tells him she is pregnant: "She watched, her heart pounding in her chest, as he looked at her, speechless, his eyes panic-stricken"), but the well-known milestones are documented in detail—his discovery of rock 'n' roll, the formation of The Beatles and his experimentation with drugs. The book also covers his relationship with Yoko Ono, their immersion in politics and peace activism, as well as the complex rapport and eventually fatal tensions between members of the Beatles. The book's 140-plus photos effectively augment the narrative and help Partridge deliver what John craved: the truth. Ages 12-up.