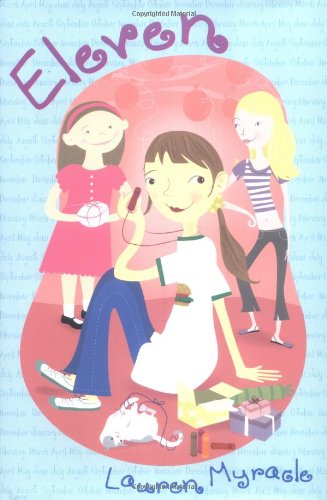 Offering a month-by-month account of Winnie's 11th year, this lighthearted and well-observed novel is sure to strike a familiar chord with girls on the brink of adolescence. On her birthday, Winnie gets her first pet, a cat she names Sweetie-Pie, who, in a later chapter, falls through a hole in the attic and has to be rescued from between the walls. Shortly before turning 12, in the penultimate chapter, Winnie snags her first boyfriend just in time to prevent her from being the only "single" sixth-grader at school on Valentine's Day. In between, Winnie realizes that she is drifting away from her best friend, Amanda, and actually has more in common with nerdy Dinah. Throughout, Winnie's altering perceptions of herself and her peers ring true. Just as realistic are her relationships with family members: two fairly tolerant parents, a younger brother named Ty, and a teenage sister named Sandra, who is experiencing some growing pains of her own. Myracle ( ) shows particular skill at delineating the ways fifth- and sixth-grade girls form and reform their friendships, and the unspoken feelings between Amanda and Winnie fuel especially poignant moments. Myracle reworks familiar themes in a narrative that remains fresh and lively, inviting the audience to commiserate and laugh along with Winnie as she advances toward her 12th year. Ages 8-12.