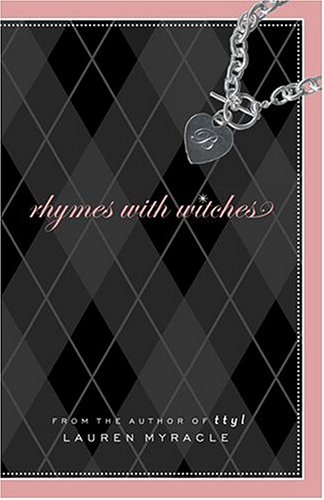 When the uber-popular clique known as the Bitches asks freshman Jane to be their fourth, they assure her that her life will change forever. There's only one catch: each week Jane must steal something from another girl and put it on the desk of a creepy teacher known as Lurl the Pearl (the girls explain that the only way to gain power is to steal it from another: "For one to rise, another must fall"). Jane thinks it's "an initiation... to prove I'm, like, loyal," until she feels it work and knows some sort of witchcraft is at play. Ultimately, she has to decide if her sudden elite status is worth the cost. The Bitches themselves come across as archetypes (Keisha's responsible, Bitsy's mean and Mary Bryan's sweet), but the feral cats roaming the campus deepen the eerie factor, and Jane's father's desertion of his family and the Bitches' own tragedies add some depth to their characters. Bitsy leads a menacing attack on an unpopular girl that seems to contradict the plot's often-playful spirit, and even Jane's own eventual fall is fairly cruel. Still, readers are likely to get swept away along with Jane as she enjoys gourmet food in the cafeteria, sudden attention from her crush and a birthday party thrown by her classmates (even though it's not her birthday). Ultimately Myracle's ( ) novel is an addictive read with a poignant message about the price of popularity. Ages 14-up.