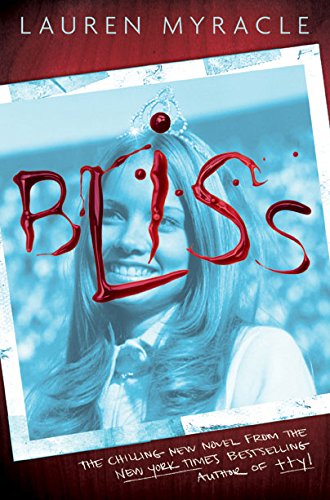 Catering to teens with a taste for horror, this carefully plotted occult thriller set in 1969–1970 combines genre staples with creepy period particulars. Raised on a commune, 14-year-old Bliss Inthemorningdew has been dumped by her hippie parents with her grandmother, a disapproving Atlanta matriarch who promptly enrolls her at the prestigious Crestview Academy. As Bliss watches for its insights into conventional interactions (dialogue from the show and other ephemera separate the book’s short chapters), she observes the social scene with fascination and confusion, understanding neither the pull of the most popular girl nor the taboos against the class pariah (fans of will recognize one of the girls). Meanwhile, she keeps receiving extrasensory messages from spirits. Interspersed with Bliss’s first-person narrative are sinister journal entries from a student identified only by her initials, and these eventually dovetail with rumors about a long-ago suicide or murder at Crestview. Myracle throws in the Charles Manson Family murders, racism, ghosts, blood sacrifices and prom queens—and, remarkably, supports this outré mix with clever timing and well-placed red herrings. Ages 14–up.