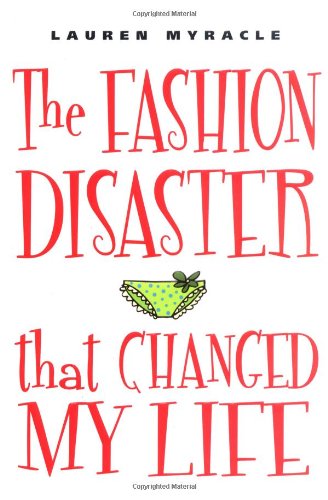 The Fashion Disaster That Changed My Life

Ever since a severe ear infection caused Alli to miss two months of sixth grade, she's felt like a "social nobody." Seventh grade looks like it may be a struggle, too: on the first day, static caused her mother's underwear to cling to the inside of Alli's pant leg. No wonder she's surprised—and excited—when she starts getting attention from popular Rachel. The book unfolds through Alli's journal entries, with instant message sessions and e-mails scattered throughout, and readers may have a hard time believing that a seventh-grader would write so copiously. However, Myracle ( ) has an obvious grasp of the age group, and readers are sure to understand Alli's desire to be popular and her frustration at her friends for feeling ditched. They'll also recognize the range of cruel behavior that can occur, even between friends. (In one scene, Alli's supposedly best friend, Kathy, tells a new student about how Alli got fat when she was sick; in another, Rachel convinces the class outcast to shave his eyebrows, telling him that it will be "hilarious.") Though the trajectory here is mostly predictable, Alli's final insights about Kathy make for a unique twist. Ages 9-up.