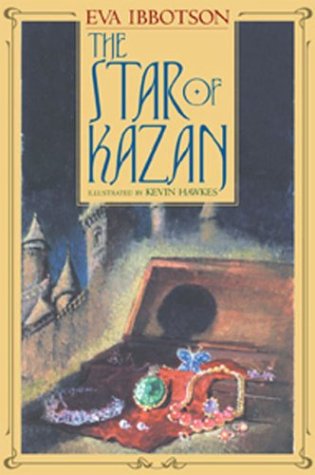 THE STAR OF KAZAN

Although there are no ghosts at large, this fairytale-like novel set in Vienna during Franz Joseph's reign features the same unique blend of bigger-than-life adventure, sparkling wit and intricate plotting that characterizes Ibbotson's previous novels Annika, a foundling, has been lovingly raised by two servant women working in the household of three professors in the heart of the city. Annika has enjoyed a happy childhood there, surrounded by friends. Even snooty Loremarie Egghart redeems herself by unwittingly forging a friendship between the heroine and Loremarie's great-aunt, who was once a theater attraction in Paris and whose health is ailing. Still, Annika wonders about her past and dreams of some day meeting the mother who abandoned her as a baby. Then one day a stately German woman named Edeltraut von Tannenberg claims Annika as her long lost daughter and promptly whisks her off to Spittal, a gloomy, rundown estate up north. More at home in the kitchen than in the drafty dining room, Annika finds that the only people she can relate to are the servants, especially free-spirited Zed, a gifted horse handler who plays a key role in uncovering the ulterior motives of Edeltraut and rescuing Annika from a dangerous situation. Readers will never doubt for a moment that Annika will rediscover happiness. But following the twisting path (of carefully planted details) that leads to her complicated rescue proves to be a fun-filled trip full of surprises. Ages 10-up.