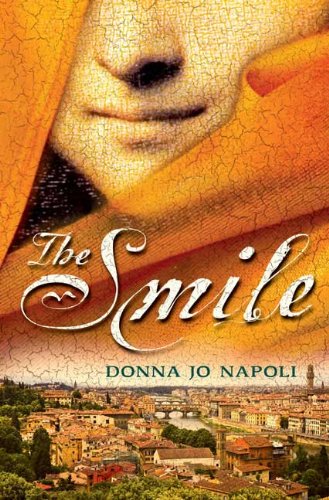 One of the great mysteries, the secret of Mona Lisa's smile, is captivatingly addressed in this fictional history of the woman who posed for Leonardo da Vinci's famous painting. Readers will immediately warm up to Elisabetta, who is down-to-earth and hardworking despite being a member of the nobility. First met when she is just shy of 13, she is shepherded through Florence by her family friend Leonardo, who recognizes her potential: “Mysteries promise in those limpid eyes,” he tells her, “as though you're watching and waiting. As though nothing will really surprise you. It's unsettling.” Yearning for Giuliano de' Medici, youngest son of the most powerful and influential Florentine family, she reluctantly agrees to marry another man when political upheaval tears her and Giuliano apart; years later, fleetingly reunited, Giuliano commissions Leonardo to paint her portrait. Napoli ( ) conjures the atmosphere of Renaissance Florence as Elisabetta, a country girl, is introduced to art, culture and conspicuous wealth during her trips to town. The historical detail and the romantic tragedy and redemption will prompt a closer inspection of Leonardo's masterpiece. Ages 12–up.