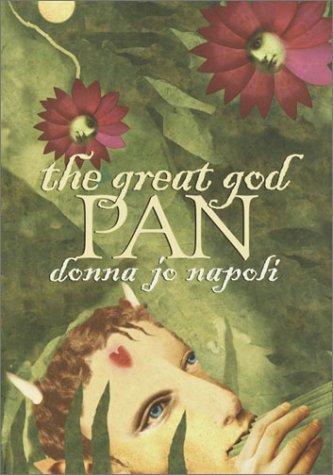 As in her , Napoli populates this ambitious novel with classical literary figures, chief among them Pan, the half-goat, half-god associated with nature. While Napoli's Pan physically conforms to classical type, psychologically he is very much a contemporary creation. Here he is said to fall in love with Iphigenia (readers who don't know that Iphigenia is to be sacrificed by her father, Agamemnon, at the start of the Trojan War may not appreciate the tension in the plot). Love makes Pan painfully vulnerable in a mortal, not godlike way: he broods over his hybrid state, worries about being taken seriously and suffers from alienation. All of these conditions might make this Pan a mirror for adolescent readers, but, unfortunately, Pan seems indistinct from the other characters here. The voices sound alike, whether god, nymph, maenad or human is speaking. Interestingly, Napoli follows a variant of the Iphigenia legend, in which Iphigenia, unbeknownst to Agamemnon, is in fact the daughter of Theseus and Helen. This change transforms the shadow of her anticipated sacrifice, from something inspiring pity and terror to a doomed and brutal act of violence. Accordingly, when Napoli deviates from the seemingly inevitable ending and spares Iphegenia, she moves the story from the realm of tragedy into that of romance. The novel may be more pleasing to young readers than its classical models, but it is also a dilution of them. Ages 10-up.