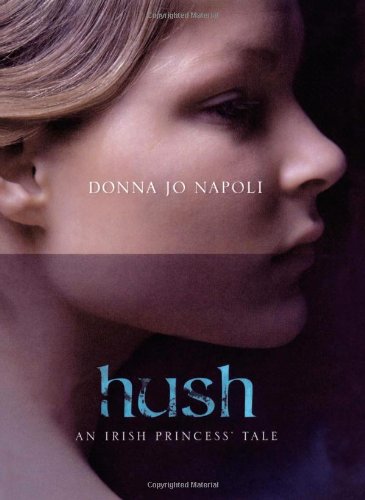 Close in tone and audience to Napoli's , this powerful survival story invents a backstory for Melkorka, a character in a major Icelandic work, the Laxdæla saga. Melkorka, 15, and sister Brigid, eight, are daughters of an Irish king early in the 10th century, when Viking raids on castles and monasteries are common. After a Norse youth attacks their brother, their father plans revenge by luring a Viking ship to their town. The girls, dressed as boys in peasant clothing, are hurriedly sent for their safety to a distant “ringfort.” Instead, they are captured by Russian slavers who troll the coastlines, kidnapping women and children. To conceal their high birth, Mel and Brigid do not speak, and their silence gives them a hold over their captors, the leader of whom comes to fear that Mel is an enchantress. Napoli does not shy from detailing practices that will make readers wince: human hairs serve as sutures, bloody wounds are stuffed with moss—and the Russian crew repeatedly gang-rapes an older captive. Melkorka's journey becomes intellectual as well as geographical. Accustomed to being waited on, she admits to disdain for slaves: “Some are of ordinary intelligence, but most are stupid,” she says at the beginning, an opinion that will change radically with her reversed circumstances. The vocabulary, much of which is specific to the setting, may challenge readers, but it's unlikely to stop them: the tension over Mel's hopes for escape paces this story like a thriller. Ages 12-up.