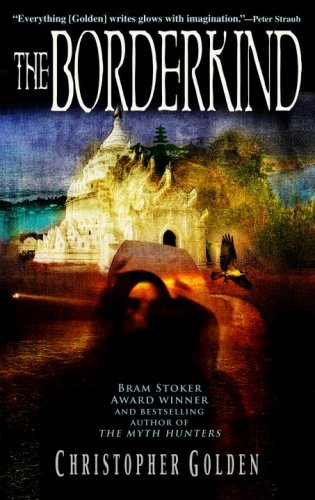 In Stoker-winner Golden's second helping of mythological intrigue (after 2006's ), the human realm is separated from the world of legends—called the Two Kingdoms—by a fragile, permeable veil. Marked as a threat by denizens of the Two Kingdoms, Maine lawyer Oliver Bascomb has taken up a magical sword and with it, a quest to learn who murdered his father and kidnapped his sister, Collette. Meanwhile, Oliver's fiancée, Julianna Whitney, and homicide detective Ted Halliwell follow in his bloody wake. Julianna wants to prove Oliver had nothing to do with the gruesome murder of his father—or with that of the other corpses with their eyes gouged out. As Collette languishes in the dungeon of the Sandman, Oliver and company evade deadly monsters and find that allies can sometimes be more treacherous than the obvious enemies. This fast-paced dark fantasy adventure should appeal to fans of Neil Gaiman, Charles De Lint and Robert Holdstock.