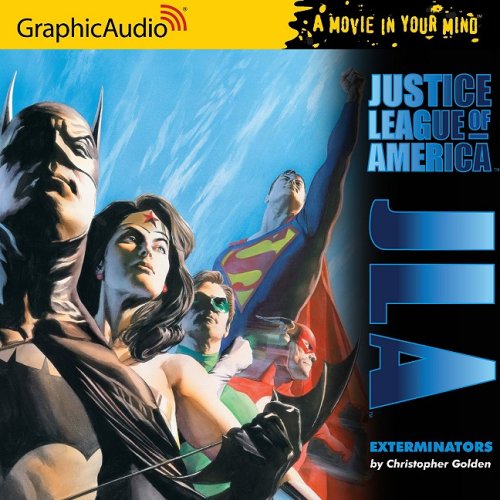 Capitalizing on their success with DC Comics' and ,Graphic Audio is producing several more polished book-based stories from DC. The Justice League of America encounter a wide proliferation of meta-humans (who all sound like they come from the U.K.) who transform into bug-like creatures that burrow into the earth and reemerge to wreak havoc. Though the episodic story lacks the development and sophistication of the company's previous productions, GraphicAudio still creates a beautiful mix of dialogue, sound effects and background music. Disappointingly, much of the soundtrack has been recycled from previous productions. Richard Rohan's narration still captivates with its deep tone and sense of immediacy.