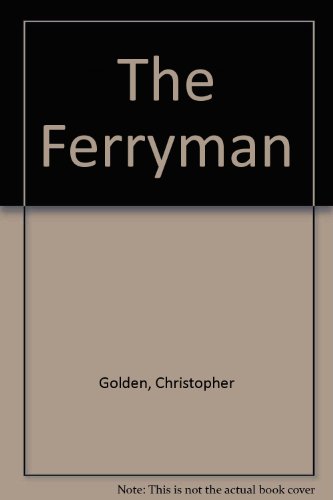 Stoker Award–winner Golden (; countless Buffy the Vampire Slayer titles) offers an intelligent, compelling ghost story in the classic horror tradition. When Boston teacher Janine Hartschorn loses her baby at birth, she has what seems to be a near-death experience—Charon the Ferryman of Greek myth comes for her, but she throws away the silver coins he demands. After her recovery, however, Janine realizes that something is after her—and also after her best friend, lesbian Annette Muscari; her old lover, David Bairstrow (whom she left to take up with her old flame Spencer Hahn, the stillborn baby's father, who in turn deserts her); her mother and so on. Fortunately, Janine and her brainy friends know how to survive, and with the help of a wise priest, Father Hugh Charles, they get almost literally to the bottom of the mystery (the final, harrowing confrontation is on the Charles River). First, though, our heroes must suffer further losses and some awful assaults on their sanity, as when Annette finds the apparently perfect lover in a simulacrum of an old girlfriend of David's, whom he killed in a drunk-driving accident as a teenager. Superior characterization, an exquisitely detailed setting and superbly orchestrated suspense set this above the usual run of horror novels. Only Janine's inexplicable attraction to the feckless Spencer rings a false note.