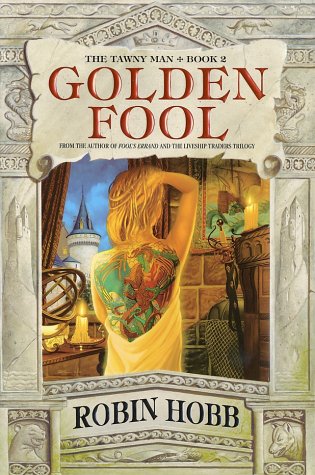 Blindness comes in many forms. For angst-ridden FitzChivalry Farseer, the blindness isn't physical but rather an inability to gauge character. Fitz, the hero of this second volume in the trilogy that began with (2002), reluctantly returns, disguised as a servant, to Buckkeep town in the Six Duchies to be skill-master to Prince Dutiful, the king-in-waiting. Fitz is mourning the loss of his wolf bondmate Nighteyes, hating his disguise, worrying about his foster son's behavior in Buckkeep and frantically trying to learn enough about the Skill to stay ahead of the prince during their training sessions. Fitz jumps from crisis to crisis like a bowling ball tossed onto a trampoline—his failure to look deeply at others' motivations plunges him into a morass of poorly thought-out actions and badly managed confrontations. The harder Fitz tries, the worse his situation gets. The author juggles all the balls with aplomb, besides providing spot-on characterizations. The intrigue and double-dealing of the Farseer royal court are spider webs of interconnections, while the plot itself keeps the reader bouncing from one theory to another, right up to the somewhat abrupt ending. The writing may not be quite as fine as that in Hobb's Assassins series (, etc.), but this latest nonetheless shows why she ranks near the top of the high fantasy field.