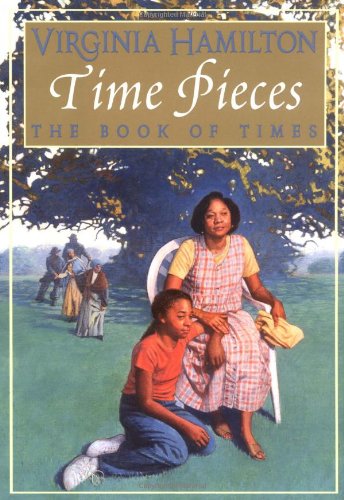 TIME PIECES: The Book of Times

This uneven work from the late Hamilton juxtaposes a contemporary framework story about young Valena, during the summer before she enters sixth grade, with a number of interconnected " 'reckons,'... stories told of past times" that fill in some of the history of how her family came to Ohio. Valena's mother, Harriet, relates these tales of times past, which at their best recall the mythic and inspirational qualities of the author's —especially the story of tiny Tunny Maud, who is brought to Rothford Plantation (one "Occupant," as Harriet calls the captives held on the plantation, believes that Tunny Maud is a Pygmy from Batswa). Tunny Maud dances "to the leaf shadows in the forest" and "could move on her hands as well as her feet." Later, the tiny woman figures prominently in a reckon about Harriet's father, Graw Luke, who crosses the Ohio River with his mother and makes a pilgrimage to Maud Free, a town established by Tunny Maud (who, with the help of her master's son, escaped to freedom). But the contemporary story used to set up these few tales comes across as sketchy, especially in contrast with the reckons, which are polished like prized gems that are passed down from one generation to the next. Ages 10-14.