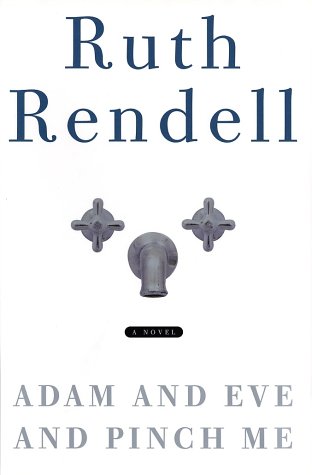 ADAM AND EVE AND PINCH ME

This latest gem from the British master concerns the wreckage wrought on a variety of Londoners by a womanizing con man who speaks in rhymes. Here, as in (1999), Rendell's genius is to create characters so vivid they live beyond the frame of the novel. She pushes the ordinary to the point of the bizarre while remaining consistently believable. Araminta "Minty" Knox, the fragile center of the plot, is a 30-something woman, alone and obsessed with hygiene, who works in a dry-cleaning shop. All the world is a petri dish for Minty, who sees germs everywhere, which she attacks with Wright's Coal Tar Soap. She is equally tormented by the ghosts she imagines, her domineering "Auntie" and the man who took her virginity. Other characters hover on the borderline between transformation and disaster. Tory MP "Jims" Melcombe-Smith, in bed politically with the "family values" crowd, is simultaneously courting a gay lover. Working-class Zillah Leach, bored with her small children and smaller bank account, schemes to marry up, even at the risk of committing bigamy. This is not a whodunit in the sense of Rendell's Inspector Wexford novels, but a study of crime's origins and especially its consequences as they ripple out beyond the immediate victims. The plot is intricate but brisk, and Rendell nails her characters' psychology in all its perverse logic. She has a travel writer's sensitivity to setting, to the architecture, cemeteries, birds and vegetation of contemporary Britain. This is a literary page-turner, both elegant and accessible.